“Work that Serves Humanity and is for the Building of Humanity, it has Dignity and it has Worth” 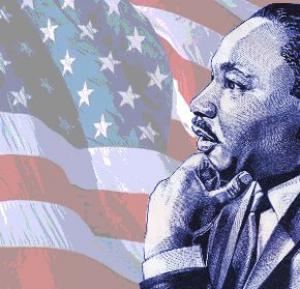 One of Dr. Martin Luther King, Jr.’s greatest achievements, besides working to overcome racial divides, championing civil rights and promoting workers’ justice was his ability to cultivate respect between many different individuals and groups. The civil rights movement had a defined mission, but in order to organize a diverse movement of support, people needed to respect one another. Without respect, unity is only skin-deep and bound to fall apart.

There is no question that far more unites us than divides us. However, one of the greatest challenges of any coalition is working to focus on these commonalities rather than our differences. When we do resolve ourselves to a common goal and maintain respect, it is possible to overcome even the greatest adversity.

Our coalition is dedicated to upholding and continuing Dr. King’s mission. Dr. King’s vision to advance civil rights, equal opportunity, economic justice, human dignity, and social harmony were not short-term objectives. Instead, these are ideologies that require permanent vigilance. As we commemorate the legacy of Dr. King this year, let us not only heed his lessons of social and economic justice, but also follow his example of mutual respect.