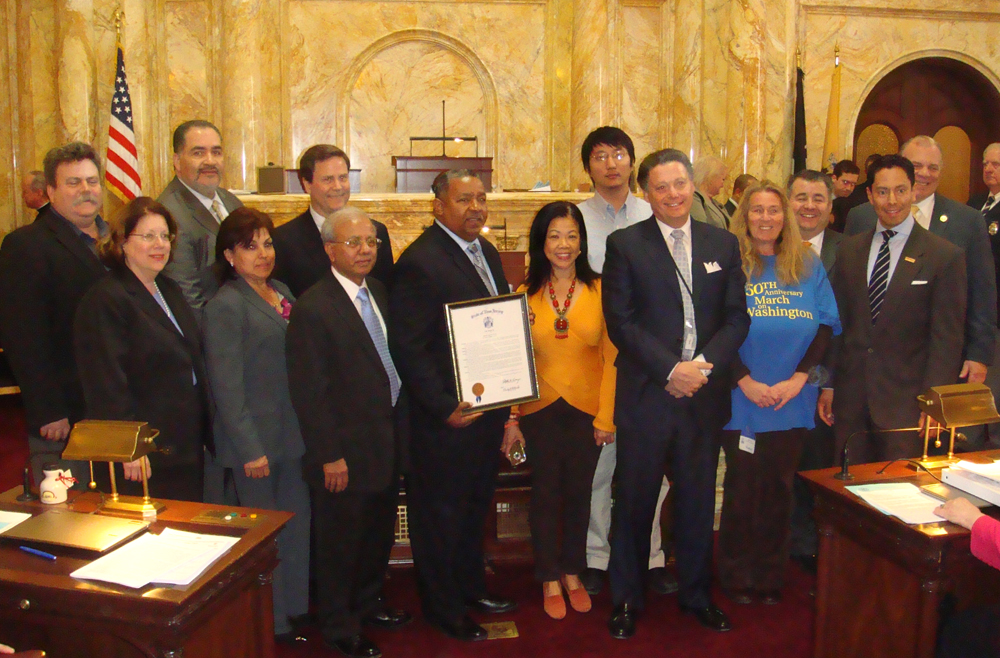 TRENTON – Working Families United for New Jersey, Inc. (WFUNJ) was honored by the New Jersey State Senate today with a ceremonial resolution, commending the coalition for leading a statewide grassroots education campaign to raise the minimum wage in New Jersey from $7.25 to $8.25 per hour plus an annual cost of living adjustment.

“Over 400,000 workers in New Jersey, who struggle to make ends meet, got a raise this year as a result of the minimum wage increase, which was approved by voters with overwhelming support. This measure will benefit thousands of parents and their children and is one of the most consequential policies to uplift our state’s working families in years,” stated WFUNJ Trustee  Laurel Brennan. “To be recognized by the New Jersey State Senate for leading the grassroots movement for this historic campaign is an honor of the highest degree.”

“This ceremonial resolution is a testament to the tireless efforts of our many coalition partners and volunteers, who worked day and night to educate the public about how raising the minimum wage benefits our communities,” stated WFUNJ Chair Charles Hall, Jr. “Without the combined efforts of coalition members and the legislative leaders who placed the minimum wage question on the ballot, this historic campaign would not have been possible.”

WFUNJ is a non-partisan 501(c)(4) statewide grassroots coalition, comprised of over 256 progressive, labor, religious, community, civil rights, student, women, and retirees groups, working together to build grassroots power and to educate and mobilize around the common issues that affect our state’s families.